Continue to learn through discussions or conversations from your team at the National Register.

The Clinical Consult is a podcast series that covers topics of direct clinical relevance to psychology practice. Listen to any podcast from our selection below. These episodes are intended for general information and discussion purposes only and do not provide formal recommendations or clinical advice.

Dr. Eckerd discusses neurodiversity and a different perspective on autism spectrum disorder. She dives into some of the significant differences in how persons on the autism spectrum think and how they can still interact effectively with neurotypical people despite those differences. 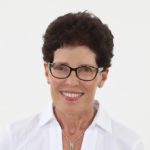 Marcia Eckerd, PhD, has been practicing as a clinical psychologist since 1985, specializing in consultation and therapy for patients with Asperger’s Syndrome and similar cognitive, social, and emotional traits. She was appointed to the CT Autism Spectrum Disorder Advisory Council and serves on the Associate Staff in Psychiatry at Norwalk Hospital, where she participated in creating the Yale-Norwalk Hospital Collaborative Pediatric Development and Therapy Center.

Dr. Kate Nooner on the
Clinical Focus of the Journal
of Health Service Psychology

Microaggressions and the
Therapeutic Relationship

What is Liberation Psychology?

How White Psychologists Can
Address Racism in
Psychotherapy

The Role of Psychology in
Treating Chronic Pain

The Meaning of a p-value

The Emerging and
Evolving World of
Telepsychology

Verbal Security: The
Power of Words

Telepsychology Dos and
Don'ts for Clinicians

The Psychology of
School Shooters

Other Places Where You Can Listen