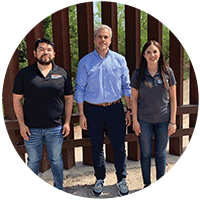 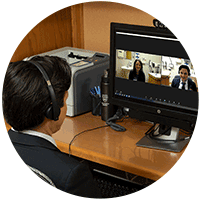 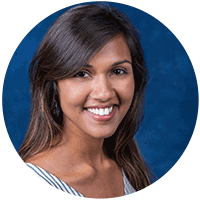 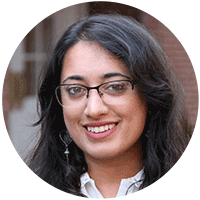 Supreme Court 2016–2017: A New Justice and a Term of Surprising Importance

The 2016–2017 Supreme Court session included rulings on professional practice issues and social justice matters. Two cases involved educational opportunities for handicapped children, and three cases involved psychological practice standards related to death penalty situations. Arbitration clauses in healthcare agreements were ruled binding. It was determined that both parents can be listed on birth certificates in same-sex families. Seventy percent of all rulings during the term were unanimous.

The author thanks Larry Benner, Stephanie Brasfield, Eric Drogin, Morgan Sammons, Glenn Smith, and Lera Smith for their reviews and helpful insights. The errors that remain must be the result of not having taken their advice.

For most of the cases and many other citations, clicking on the citation will take the reader to the original material.

U.S. Supreme Court decisions are readily available (and free) on the Court’s website. It is www.supremecourtus.gov. The website for the opinions for this Term is http://www.supremecourt.gov/opinions/slipopinions.aspx.  Any of the cases discussed in this article are available from that source and interested readers are urged to look at that website to review the cases. This article gives the direct link to cases decided this Term. By clicking on the name of the case for cases decided this Term, you should be taken to the official internet site for the opinion of the Court and any concurring and dissenting opinions.  (Some computers may require pressing <ctrl> while clicking.)

Anyone who is interested can also sign up for free same-day, digested notification of the decisions of the Supreme Court.  The website is: http://www.law.cornell.edu/bulletin.  An excellent site for all things Supreme Court is SCOTUSblog at http://www.scotusblog.com/.

The citations in this article are to the Slip Opinions of the Court as published on the Court’s web site.  Readers should note that in Slip Opinions the Court separately paginates each opinion within a case.  Therefore, in a case the majority opinion begins on page one, a concurring opinion will again begin on page one, and a dissenting opinion will once again begin on page one.  When opinions are published in hard copy in the U.S. Reports and other bound sources, however, pagination is continuous.

[1] In American history, it was not exceptional for the Senate to fail to confirm a Supreme Court nominee in the last year of a president’s final term (particularly when the Senate and President were in the hands of different parties).  Of the approximately 155 nominations to the Court, 30 have not been confirmed (starting with George Washington in 1795).  By my count, the Senate has “postponed” or failed to act on nine nominees, and another seven nominees have withdrawn.  The Senate has rejected 12 nominees.  Nearly half of the failed nominations have occurred in the President’s last year in office.

However, a review of the petition for certiorari and the granting of the petition do, indeed, confirm the claim.  “The questions presented are: (1) When this Court held in Ake that an indigent defendant is entitled to meaningful expert assistance for the ‘evaluation, preparation, and presentation of the defense,’ did it clearly establish that the expert should be independent of the prosecution? (2) Did the Alabama courts unreasonably apply Akein finding that McWilliams’s rights were satisfied when the only mental health expert he was provided distributed his report to all parties just two days before sentencing and was unable to review voluminous medical and psychological records?” McWilliams v. Dunn, Petition for Writ Certiorari (July 15, 2016) at i, available at http://www.scotusblog.com/wp-content/uploads/2017/01/16-5294-cert-petition.pdf .  On January 13, 2017, the petition for a writ of certiorari granted, “limited to Question 1 presented by the petition.”  Scotusblog.com at http://www.scotusblog.com/case-files/cases/mcwilliams-v-dunn/.  The majority responded to the dissent’s claim in a rather weak way.  McWilliams, majority opinion at 14.  The majority did not make it clear, for example, why it rejected the question it was going to answer.  The briefs requesting and opposing certiorari made the facts of the case sufficiently clear that the Court must have known what the real issues were.

[56] The technical problem involves the Antiterrorism and Effective Death Penalty Act of 1996 in which Congress substantially limited the use of habeas corpus petitions (which this was).  There was concern in the 1970s-1990s that the federal courts were using the habeas corpus process to interfere too much in state court criminal process.  The Supreme Court had been using that process to announce entirely new constitutional principles to which the state courts would be subject.  The statute prohibits the federal courts from granting habeas relief unless the state action “was contrary to, or involved an unreasonable application of, clearly established Federal law, as determined by the Supreme Court of the United States.” 28 U. S. C. §2254(d)(1).  In short, this requires that there already be a clearly enunciated specific federal right that was clearly violated.  The problem for the majority was that the legal question on which the Court granted certiorari (essentially, was the expert provided required to be a member of the defense team) did not have a clearly enunciated federal decision, so under the statute, the Court could not announce the new principle in this habeas case.

The reason the Court rejected the other question, the one it actually decided (essentially, did the trial court engage in general misconduct regarding reports of the experts and the request for assistance) is probably that it is of the type that requires a detailed factual analysis, which the Court is not particularly well-positioned to do.

Source: Looking Ahead: Pharma Projections for 2016 – & Beyond Medically, Drugs.com (March 30, 2017) available at https://www.drugs.com/slideshow/looking-ahead-pharma-projections-for-2016-and-beyond-1230 , archived at https://perma.cc/ZNX3-ECUR .

[138] Sandoz Inc. v. Amgen Inc., decided June 12, 2017, in a unanimous opinion.  Justice Thomas wrote for the Court.  Amgen developed filgrastim, marketed by Amgen as Neupogen.  It is used to simulate the production of white blood cells.  Sandoz sought to sell a filgrastim product under the brand name Zarxio, with Neupogen as the reference product.  Id. at 7-9. [139] The Court allowed Sandoz to give a special 180-day notice to Amgen while the FDA is considering an application for the biosimilar.  Amgen wanted the notice given only after the FDA approval. Id.  The Court did not decide another issue regarding unfair competition under state law. [140] Samsung Electronics Co. v. Apple Inc., decided December 6, 2016.  This was a unanimous decision.  The opinion of the Court was written by Justice Sotomayor.  The damages Apple would receive for Samsung’s infringement of a cell phone’s design was not the profits from the whole phone, just from those elements that were infringements.

A similar “component” philosophy was apparent where the Court held that liability does not arise from supplying a single component of an infringing multiple-component product sold abroad.   Life Technologies Corp. v. Promega Corp., decided February 22, 2107.  This was a unanimous decision, although Chief Justice Roberts and Justice Gorsuch did not participate in it.  Justice Sotomayor wrote the opinion for the Court.

Thank You to Our Fall 2017 Advertisers