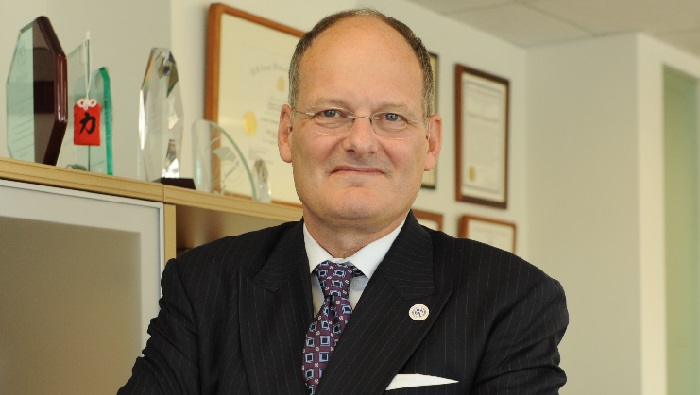 This month’s column was supposed to focus on the field’s progress toward the use of virtual reality environments in psychological service delivery. I have decided that is more important to focus on our government’s decision to separate immigrant children from their families, and our profession’s response to this policy.

In any situation where emotions run high, it is important to state the facts accurately, insofar as they can be known. What we know as fact today includes, at minimum, the following:

The U.S. Border Patrol has been arresting, charging, sentencing, and deporting immigrants on the southern border en masse since 2005 under a Department of Homeland Security (DHS) program called Operation Streamline. Immigrants are charged with illegal entry (a misdemeanor) or illegal reentry (a felony). They are tried in groups with no personal legal representation (courts have generally held that many constitutional legal protections do not apply to those immigrating illegally) and are generally sentenced to time served and immediately deported. In late 2017 in Texas and Arizona, DHS began to charge parents with accompanying minor children, who had previously been exempted from this policy, and began separating children from their parents. The policy was limited to a few areas until earlier this spring; it is now enforced across the border as a result of an April policy directive by the Attorney General of the United States. According to DHS, from April 19 to May 31, 1,995 children had been separated from their families and sent to resettlement areas, where more than 11,000 migrant children are now held. Parents are sent to a number of detention facilities, jails, and prisons throughout the country. The DHS denies separating infants from parents; however, immigration advocates state that such separations occur.

The policy deliberately targets families with children to deter further illegal immigration. According to an unnamed DHS official quoted in the Los Angeles Times on June 16, the number of families with children “has grown dramatically over the last few years because of not prosecuting family members . . . cause and effect. That’s why we have to do this.”

Although, on June 15, the President stated in a press briefing that he “hated the separation”, he had previously signed off on the order allowing such separation. Also last week, the Attorney General stated that definitions for asylum seekers were being restricted to exclude many individuals who report fleeing from gang violence or domestic abuse. White House Chief of Staff John Kelly stated over a year ago that the White House was considering a policy to deliberately separate children from families in order to deter immigration. On the other hand, DHS Chief Kirstjen Nielsen recently stated that children and their families were not being separated at the border, though much evidence exists to the contrary.

While the new policy is only a few months old, at least as implemented on a broad scale, it does not seem to have had any effect on immigration patterns. In May 2018, Customs and Border Patrol saw an overall increase in illegal crossings compared to April, and a 160% increase over the previous year, with the number of family units crossing increasing by 435% and number of unaccompanied children increasing by 329% (Source: U.S. Customs and Border Protection website; https://www.cbp.gov/newsroom/stats/sw-border-migration).

I cite these as facts documented by statements from elected officials, photographs, and reporting by those with direct knowledge. It must be conceded that much remains unknown, and many statements by senior administration officials have been confusing at best and contradictory at worst. Photographs released by DHS also confirm that children are being kept in cages, although as pictured these are large wire enclosures holding several dozen children seated at tables, not individual cells. It is also true that DHS has refused reporters and others the ability to speak directly to detained children or take photographs of their own.

Though much remains unexplored and unverified, any reasonable person can state with certainty that a new policy has been implemented by the administration that leads to the deliberate separation of children from their parents, that the acknowledged goal of such a policy is to deter immigration, and that (at least as of yet) this policy has not had the effect of reducing illegal border crossings.

No one needs the opinion of a doctoral-level psychologist to understand that such separations are devastatingly cruel to the families involved. What policy makers are less likely to understand are the pernicious and often life-long effects of adverse childhood experiences (ACEs). It is striking how consistent the data are in this area and how much evidence has accrued supporting a strong causal link between ACEs and behavioral and psychological dysfunction in later life. Here, psychological research and practice has much to inform policy makers, and it is to be hoped that we will provide these data to legislators and policy makers as quickly and succinctly as possible. Multiple ACEs are most strongly linked to the later development of alcohol and drug abuse, self-injurious behavior, violence toward others, and other criminal or antisocial behavior. Links to the development of a variety of psychological disorders, including depression, eating disorders, and risky sexual behavior, are also present. ACEs have been linked to a variety of physical disorders as well, including obesity, immunological dysregulation leading to increased sensitivity to allergens, asthma and other physical illnesses, and heightened risk of cancer in adulthood. Even in populations of high-risk adolescents, after controlling for age, sex, and minority status (among other factors), the severity and number of ACEs apparently stands out as an independent factor predictive of worsening dysfunctional behaviors and health risks. ACEs have been linked to neurobiological changes in brain morphology and function that may increase the risk for development of schizophreniform disorders or behavioral dyscontrol in patients who have been given the diagnosis of borderline personality disorder. (I will leave aside for the moment the debate about whether borderline personality disorder is a bona fide diagnostic category or simply a set of symptoms that are the manifestation of exposure to life-altering adverse experiences.) While links between ACEs and neurobiological dysfunction are not as clearly established as those for purely psychological disorders, the work of University of Washington psychologist Katie McLaughlin and others demonstrates a growing understanding of the connections between a variety of neurodevelopmental disorders and ACEs.

Social psychologists also can provide valuable data on the effects of shared trauma on groups of people as well as individuals, and these data have a significant role in determining physical and psychological health outcomes for entire segments of the population. While healthcare policy makers have recently begun to acknowledge the role of social determinants of health in predicting population health, this is an area of research that needs further exploration.

Now let us look at some of the responses to this situation from major healthcare organizations. As with the data on lasting effects of ACEs, we have an extraordinary confluence of professional organizations speaking out against current immigration policies. In fact, I cannot recall another issue on which healthcare organizations have spoken with such historic unanimity. APA President Jessica Henderson Daniels described some of the effects of forcible separation of migrant families and children and she, along with APA CEO Arthur Evans, called for cessation of this practice. The American Public Health Association called this separation inhumane and warned of its deleterious effect on children’s current and future health. The National Association of School Psychologists, American Medical Association, American Association of Pediatrics, American Psychiatric Association, American Nurses Association, American Academy of Family Physicians, and indeed almost without exception any major group representing healthcare providers have decried these policies, noted their established negative effects on health, and have called for their cessation.

These denunciations are not new. Over the past year, healthcare advocates and policy groups have consistently reported increased concern about these draconian practices and their lasting effects. To date, however, science-informed professional opinion has been insufficient to persuade the administration to alter its policies.

As private citizens, we are entitled to hold whatever view we choose on the immigration debate. As psychologists and experts schooled in the scientific method, we are obligated to acknowledge the overwhelming evidence that policies currently embraced by the administration have an extremely high probability of inflicting enduring harm on large numbers of individuals and groups of people. As public representatives of a profession, we are obligated to disseminate the science, educate elected and appointed officials, and take action to correct an unjust situation. Manifold schemae justify our actions, whether they are based on ethical, moral, religious, scientific, or theoretical convictions. But in the end the question becomes one of personal responsibility. Will we as citizen representatives of a scientific profession have the determination to take individual and collective action to stop this policy?

A few years ago, I attended the wedding of some dear friends in a town not far from Lyon, France. When I arrived, I was informed that the groom’s grandfather, then a spry 93 years old, was anxious to meet me. Why, I inquired, would this gentleman be so keen on meeting an American he’d never known before? The answer was that he knew that my late father had served in the European theatre in World War II and, as a member of the French Resistance, he wanted to extend to me his gratitude for my father’s service those 70-odd years earlier.

Professions, like nations and individuals, are remembered for their legacies of courage and humanity, just as they are remembered for acts of cruelty, violence, and the imposition of needless suffering. The responsibility for our legacy, then, falls squarely on each of us. How will we as a profession choose to be remembered?